Mosquitoes are small flies belonging to the family Culicidae but they can be quite a menace especially within your home environment. They are not just nuisance but the seemingly harmless bite can lead to harmful and life threatening medical conditions like yellow fever, malaria, West Nile virus, Chikungunya, filariasis, dengue fever, and Zika virus among others.

Today these small flies have earned the tag of being the “deadliest animal family in the world”. How do you fight such a menace? There are several ways to keep this menace out of your home including using aerosol repellant and insecticide sprays, mosquito traps, CDC-recommended repellents like picaridin, foggers, and electronic mosquito repellent devices among others. One of the best solutions to keep mosquitoes out of your home space is by using Dynatrap Insect Trap.

How does DynaTrap works?

DynaTrap uses the warmth and glow of UV light to lure in mosquitoes and other insects. Insects and other pests are attracted towards light and height

CO2 is released from and organic matter with the help photo-catalytic reaction of Titanium Dioxide treated surfaces and UV-Light. Carbon dioxide (co2) is irresistible to mosquitoes and the mosquitoes are attracted to Co2 like a magnet.

DynaTrap machine has a strong, but yet silent fan vacuums the insects that attracted towards the light into the retaining cage where they dehydrate and die.

What makes the DynaTrap as the best product for controlling mosquitoes?

The DynaTrap works quietly (no buzzing sound) and effectively kills mosquitoes and other pests & insects without zapping or chemicals. Most importantly it works safely.

How is this insect trap different than other products on the market?

Most insect traps available on the market use chemicals to kill the insects. Whereas the DynaTrap does not utilize any chemicals — so it can safely be used both indoors and outdoors. Also, this does not use electricity to kill insects, so no more annoying and zapping noises, burning odors, or insect fragments scattered on the floor or ground.

Since it does not use propane to generate carbon dioxide (co2) so you do not need to purchase and refill propane tanks by spending your money. Just plug it in and turn it on, let it run 24 hours a day, 7 days a week.

There are a wide variety of Dynatrap Insect Traps available, so let’s check out some of the best ones

This model is called the DT1000 and it is a 12v insect trap that ensures each and every mosquito as well as flies that trespass into its territory is trapped. 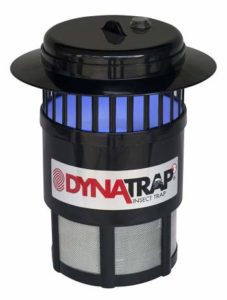 It works on a 3-way protection technology where:

If someone had to sum up Dynatrap insect traps in a phrase then that would be “environmentally friendly and efficient repellent”. The truth is that the DT1050 is more than just another repellent; it kills mosquitoes quietly and quite effectively! 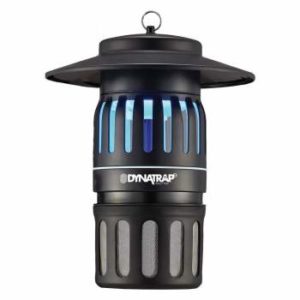 The DT1050 trap is quite a simple mechanism and looks almost similar to a lantern but it just works in a different way. This neat little device consists of an upper part that contains a UV Bulb rated for 3,000 hours and the bottom part is essentially a cage where the mosquitoes get trapped and die.

As the name suggests, the Dynatrap DT2000XL insect trap has a wider range than the DT1050. This one can attract, trap, and wipe out mosquitoes within 1 acre of your outdoor area. This highly effective device has been specially designed for 24/7 working in all kinds of weather and hence is highly durable. It is lightweight too and that makes it easier to hang it in the porch or by a tree branch in your garden. 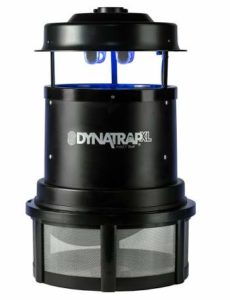 Interestingly, the XL is not just because it has a bigger effectiveness radius but also because it comes with two UV bulbs that run easily up to 3000 hours or 4 months. That is a lot of dead mosquitoes for the summer! 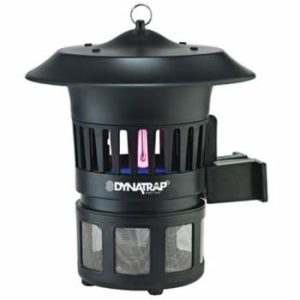 This compact and lightweight device is highly durable and looks almost like a lantern.

It comes with the “all weather” working tag, which means if you were to mount it on a tree and it rained overnight then that is not going to affect the performance. Mosquitoes are still going to end up being sucked inside!

The optional wall mount is a handy feature and the good news is that wherever you mount this device, it will have an effective radius of ½ acre or 21,780 square feet. 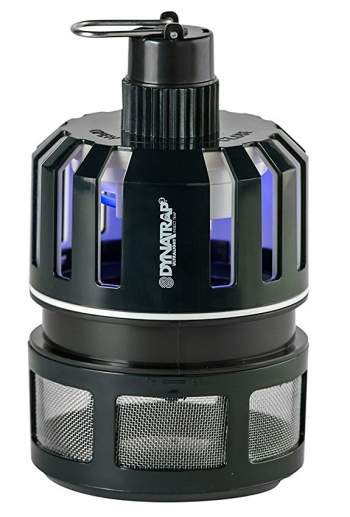 The Dynatrap ultralight insect and mosquito trap is the “little brother” amongst all Dynatrap mosquito traps. This model is known as the DynaTrap DT150 and is a really innovative mosquito and insect catcher.

This compact device packs quite a punch when it comes to trapping and killing mosquitoes and a variety of flying insects thanks to the powerful technique used.

The DT150 like other Dynatrap devices contains a UV fluorescent bulb on the top chamber, which generates warm light. This light attracts several types of flying insects.

On the other hand, the device comes with a titanium dioxide-coated (Ti02) surface, which produces enough carbon dioxide to attract the most resilient of mosquitoes. The end result is fatal for mosquitoes and other insects. 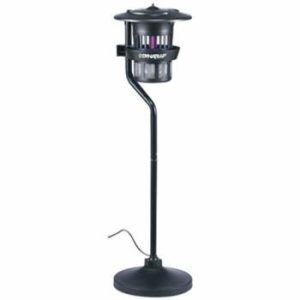 The last model on this list of best Dyntrap insect traps is the 1/2 Acre pole mount trap with a water tray. The salient feature of this model is that it is a high utility device that looks almost like an antique lantern showpiece.

It enhances the aesthetic value of your living space as well. This device is also known as the DT1250 or the Dynatrap 1250 Insect Eliminator as it can eliminate mosquitoes and a variety of flying insects’ quite effortlessly.

You can place it on the porch, in the living room, near the swimming pool or just about anywhere where there is a plug point within 10 feet. It works in the same way that other Dynatrap models work. As the name suggests, it has an effectiveness radius of ½ acre or 21,780 square feet.

FAQ – Most Common Question about DynaTrap

Which DynaTrap Mosquito and Insect Trap is right for me?

It depends on where you want to use the dynatrap. Generally, any model can be used indoors. However, there are few models specifically designed for indoor use. Both Indoor and Outdoor models are having the same effectiveness

The outdoor traps are rated for the larger area to protect. They can attract, trap and kill insects, mosquitoes and other flying pests up to ½ Acre, up to ¾ Acre and up to 1 Acre.

Does it attract other insects?

The DynaTrap attracts and kills many flying insects including mosquitoes, biting flies, Asian beetles, no see-ums, wasps, hornets, moths, stink bugs, and more. For more information take a look at what our DynaTraps catch.

Is DynaTrap effective on yellow jackets, hornets, and wasps?

Does DynaTrap work on fleas and bed bugs?

Is Dynatrap safe to use around my family or my pets?

Yes, Dynatrap is completely safe to use around pets and children. Because DynaTrap does not use or emit any chemicals or pesticides

The different models of Dynatrap have different features although the functionality and technology used is the same. It all boils down to your specific requirement. If you need something for your living room space then smaller device would be good enough but if you are want to ensure mosquitoes and other flying insects are banned from your premises then you need to opt for a model with wider coverage.