Don't be surprised if you wake up one day to find moles running around your garden space. These small mammals normally burrow deep into the ground and spend their lives mostly in tunnels. They are omnivores and feed primarily on earthworms but some of the larger species are known to catch and eat mouse as well.

The question is, do you need to be worried? They are not harmful to humans nor will they bite you but they can be quite the nuisance.

How to get rid of moles in the your garden?

It is not easy to kill the moles with natural and conventional methods to get rid of them from your yard and garden. This is where the mole traps will come in handy in getting rid of the moles quickly.

Why you should get rid of moles from your yard and garden?

First, Moles can disturb the symmetry of your garden landscape by leaving large dirt molehills around your garden space. Since, they prefer to live in tunnels; they would create ridged tunnels across your lawn.

Secondly, they feed on earthworms, which is essential towards keeping garden soil healthy. A decline in earthworms could very well kill your plants and vegetation.

Hence, it is important at times to get rid of moles and the best way to do so is by investing in the best mole traps.

Let’s take a look at the top 6 best mole traps that can really help you to counter the nuisance and damage to your garden space.

The Cinch mole trap kit is a complete solution for eliminating moles and gophers from your garden or lawns. The brand has been known to be creating mole traps since 1909 and this one is amongst their best mole traps. The kit includes two traps, two yellow lawn flags as well as an instructional brochure. 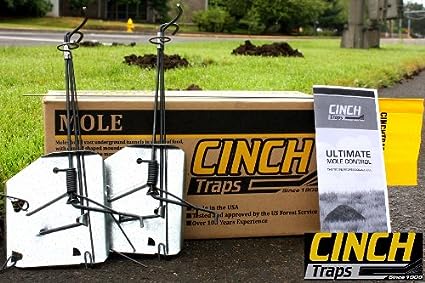 The Out O' Sight mole trap is one of the first choices for professionals and is required to be placed right above the mole tunnels, which means, you will need to dig a little deeper to set the trap.

It is one of the best mole traps out there for catching moles in their deep tunneling system. This trap can effectively trap and kill moles without the need for using toxic chemicals. 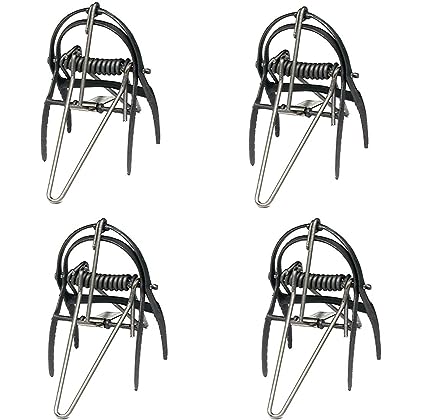 "Around the Home metal easy mole trap" is really a handy humane mole trap and is considered one of the best mole traps because it can be used in home gardens, big lawn space, and golf courses.

Using Around the home metal mole trap is the best way to get rid of moles from your garden when your are left with no choice in killing the moles.

Around the home metal mole traps is a VERY sturdy trap, well-designed and engineered, and robustly manufactured mole trap in the US.

This mole trap's design takes the advantage of mole behavior and works in a manner that is as simple as it is ingenious. 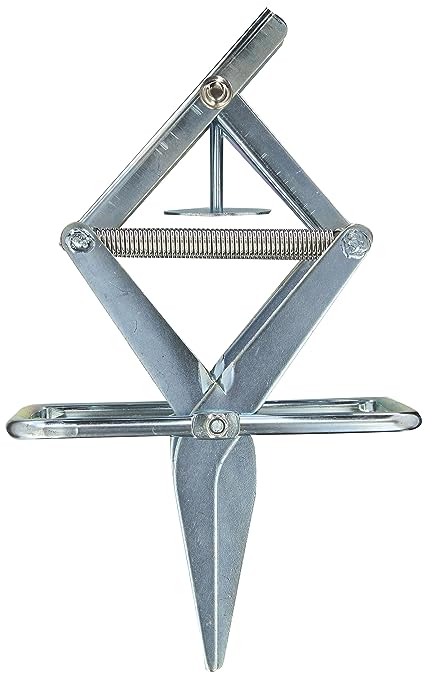 Once the trap is is inserted and set, the two scissors on each end of the mole trap expand so that they disappear into the side of the mole tunnel and the trigger plate rests immediately above where the tunnel has been compressed.

The unsuspecting mole will amble down the tunnel, come to the squashed portion under the trap, and instinctively want to force its way while re-expanding the tunnel to its full height thus triggering the trap and the mole's demise.​

This is also one of the best mole traps available out there and has been created specifically to eliminate moles from garden or lawns with ease.

The Aspectek mole and gopher trap is highly effective for trapping all species of moles and is considered as an environmentally safe method of laying bait.

The Aspectek mole and gopher trap is effective on a wide variety of tunneling pests like rodents, gophers, and even voles. The dimension of the mole trap in L x W x H (in.) is 12 x 6 x 6 inches and it weighs 2.5 pounds. 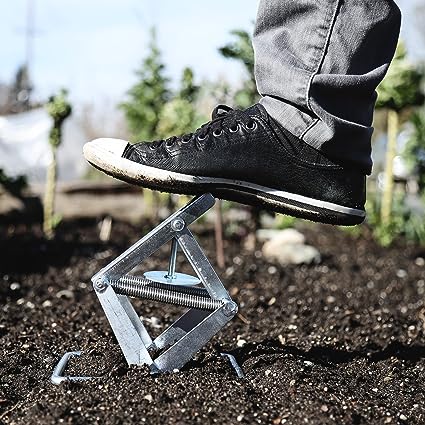 5. Tomcat Mole Trap to get rid of moles in your yard and garden

The Tomcat mole trap is one of the best mole traps available in the market today thanks to its innovative design, which makes trapping and killing moles quite easy.

This non-toxic option works in three easy steps: locating the tunnel, setting the trap, and removing the trap. It comes with an innovative handsfree design and the salient aspect is that it effectively kills moles without drawing blood.

The Tomcat mole trap dimensions are 6 x 9 x 9.4 inches. It weighs 2.1 pounds and is considered as a heavy duty professional pest control product. 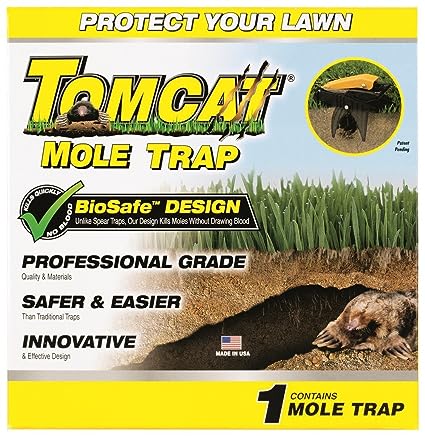 Already waster countless dollars to get rid of moles in the garden?

If your answer is yes then, Nash Choker Loop Mole Trap is you only the cheap and best mole trap available in the market to kill moles every day until you get rid of moles in your yard or garden.

Nash choker is so much simpler to set and is far more effective than any others. Nash choker is a good mole trap work in shallow surface tunnels and also deep traveling tunnels to get rid of the stubborn moles from the soil.

Follow the directions and watch moles are getting trapped and killed every morning within hours after setup for a week. These are some of the best mole traps that you can choose to get rid of moles in yard and garden from depending on your budget, need, and space where you want to use it.

Each of these mole trap is environment friendly and can be used in almost all types of soils and for trapping different species of moles. It’s time to go hunting for moles!

Best Raccoon Repellent to Keep Raccoons Away from Home and Garden